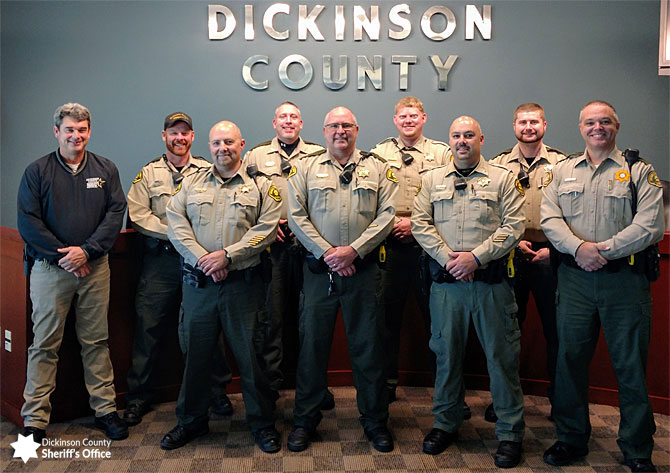 Aside from patrolling the unincorporated areas of the county, the Sheriff's Office also contracts with the cities of Wahpeton, Superior and Terril for law enforcement protection.

Dickinson County is located in northwest Iowa. The county was organized in 1857 and is named in honor of Daniel S. Dickinson, a U.S. Senator for New York. The county has a total area of 404 square miles, of which 23 square miles (or 5.6%) is water.

The Iowa Great Lakes is located in Dickinson County and is a popular vacation destination, bringing thousands of seasonal residents and vacationers to the area each year.