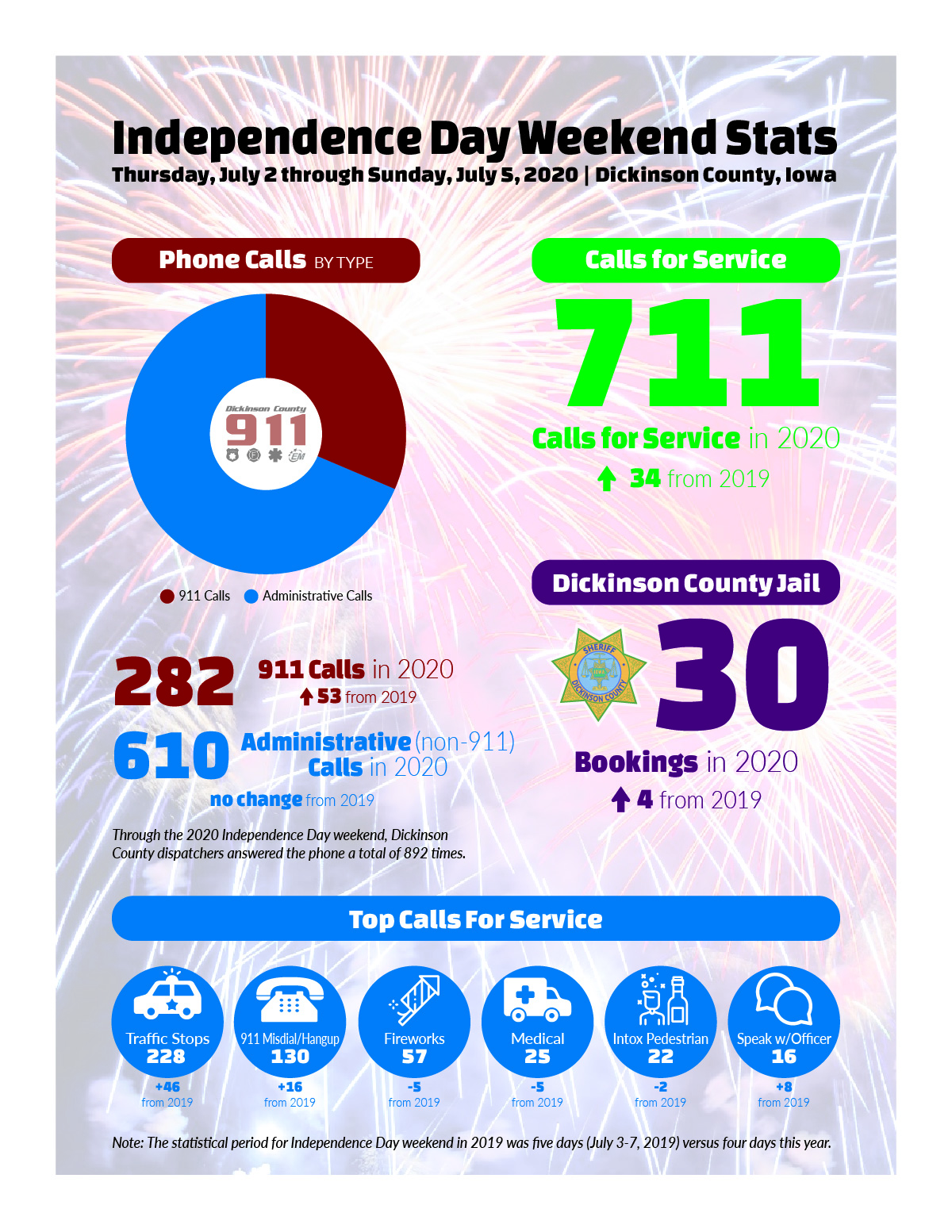 Celebrate With a Plan

The last few months have brought incredible challenges for our communities.  As our nation begins to reopen, many Americans will be eager to celebrate the Fourth of July with family and friends.  The National Highway Traffic Safety Administration (NHTSA) and the Governor’s Traffic Safety Bureau (GTSB) want to remind drivers to not let the celebration turn dangerous by driving impaired.

Nationally, during the 2018 July 4th holiday period (the most recent statistics available) 193 people died in motor vehicle crashes and 78 of these fatalities occurred in an alcohol-impaired crash.  On the fourth of July in 2018, one person lost their life in Iowa due to an alcohol related crash. On July 4, 2019, Iowa experienced 112 crashes which involved 2 fatalities and 9 serious injuries.  These fatalities and injuries are certainly nothing to celebrate.

According to the National Highway Traffic Safety Administration 71 percent of those who died in alcohol related crashes were in vehicles involving a driver with a Blood Alcohol Content (BAC) of .15 or higher, almost two times the legal limit of .08.  Law enforcement agencies across Iowa will be participating in the national Drive Sober or Get Pulled Over campaign from July 3 to July 7, 2020.

Impaired driving is not only dangerous but illegal, and it puts everyone on the road in jeopardy.  There is also a financial aspect of driving impaired.  An OWI arrest can cost up to $10,000.  You could lose your license, your car, and your job.  Before you set out to celebrate this holiday weekend, make a plan – have a designated driver, call an Uber, or other rideshare service.

The Iowa Department of Public Safety and the Governor’s Traffic Safety Bureau reminds you that it is never okay to drink and drive!