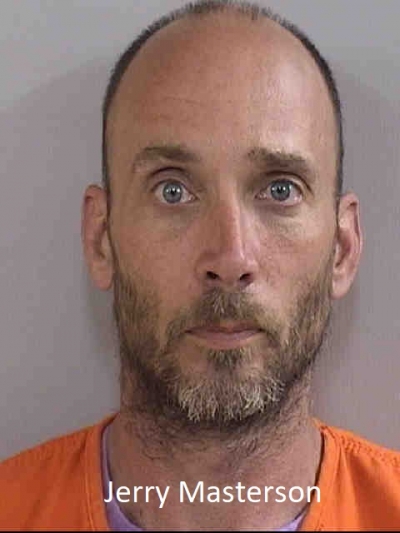 On April 22nd, 2020 at around 7:32pm, the DCSO was notified of an active pursuit in Osceola County.  The pursuit was eastbound on 170th Street heading towards Dickinson County.  It initially began in Worthington, MN by the Worthington Police Department.  The pursuit exceed 100 mph at times.  When the pursuit entered Dickinson County, the driver lost control of the vehicle when the road switched from pavement to gravel.  The vehicle entered the North ditch and rolled coming to rest on its roof.

Jerry Masterson (46), of Evansville, Indiana, was operating a 2000 Buick Century.  It was later determined that the vehicle had been reported stolen at Wal-Mart in Boone, Iowa earlier that day.  Masterson was checked out by paramedics and released to the Deputy.  Masterson was then placed under arrest and transported to the Dickinson County Jail.

All persons are presumed innocent until proven guilty in a court of law.